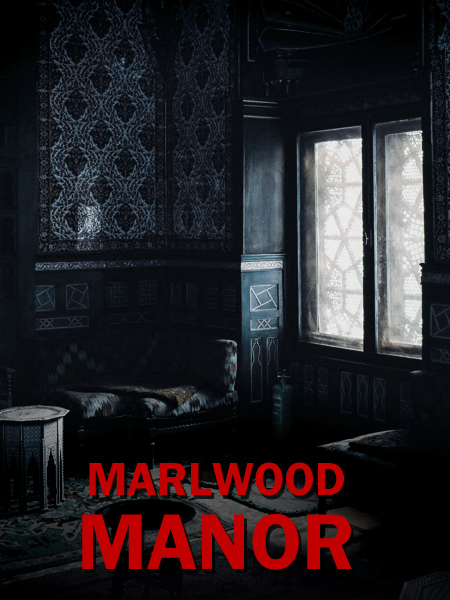 When Covid-19 strikes, Abigail is ordered to self-isolate due to existing health problems. She hastens a planned move to a new, isolated property: Marlwood Manor. Unable to see any of her city friends, she soon feels like a prisoner within its walls. Things take an unexpected, sinister turn when she uncovers the manor’s history.

Thanks for the comments!

I quite enjoyed writing this one. It was one of my quicker turnarounds (it didn't even exist last month!). I'm glad you enjoyed reading it.

I very much enjoyed this one. The pandemic setting was used very well to create an element of isolation. Abigail always felt very much alone in the issues that she was facing. Even when she ventures into civilisation, the bizarre new world created an interesting tone of abnormality that meant that the supernatural elements weren't the only element that was out of the ordinary. This meant that Abigail could never get too comfortable or ever feel totally safe. It worked well.

Despite not having many scenes, Wilkinson was a very strong presence. His characterisation and mannerisms were well defined which made his personality stand out. His unhelpful attitude also adds to the isolation that Abigail experiences.

The setting of the manor was well written, and I really liked the backstory behind the haunting.

Oliver was an interesting character, but the length and pacing of the story meant that we didn't get to know him too well. I liked the Warder as the main threat too. The story's length might hold it back slightly in some ways. We do get to know Abigail quite well despite her mostly being alone and her personality mainly coming through her thoughts. However, the length of the story does make it hard for a sense of dread or tension to build. For example, I felt we very quickly went from the dream sequence, to Oliver appearing to knowing most of the story surrounding what was going on. This isn't a big complaint, but I did feel that the reveal was a little too quick.

I thought that the detail and description were very strong in this story. The manor is very well described and a lot of the details make the setting very vivid. The details of what Abigail were feeling were well done as well. In particular, the description of her inability to sleep and her doubting her own sanity were very well done.

Overall, I really enjoyed the story, but do feel that it's fast pace sometimes worked against it.

This was a fun little horror story to read and an excellent entry for the times as Halloween is nearly upon us. Of course, it also deals with the insanity that is 2020 in a manner that is central to the plot and makes use of the times we are in now quite creatively. It was a bit surreal to read a fictionalised account of recent events as Write Wise entries typically don't touch upon them but I thought it made this entry very unique. For such a limited amount of time, you managed to create an impressive atmosphere of isolation and intrigue. This was achieved through a good amount of detail about the house itself and its surroundings. Marlwood Manor, with its extensive history and shadowy past, was almost a character in itself and it was a great setting for the plot to unfold.

The protagonist of Abigail Birch was an interesting one to read and a good deal braver than most would be in her situation. It is also unusual for our main characters to suffer from a medical condition or to have one ascribed to them, so it was nice to see a different sort of character on display even if it didn't define her personality. All the characters were well characterised, especially the named ones such as the rather irritable Mr Wilkinson, the mysterious but sympathetic Oliver and the intimidating presence of the Warder.

Overall, this is a neat entry that had great pacing and built up to an intense finale. I wasn't always sure where the story was headed but it took some very interesting turns and is a nice addition to your expanding bibliography. I suspect this was very much a stand alone plot considering its conclusion but it was an entertaining supernatural thriller from start to finish. I look forward to whatever else you have planned for this year.