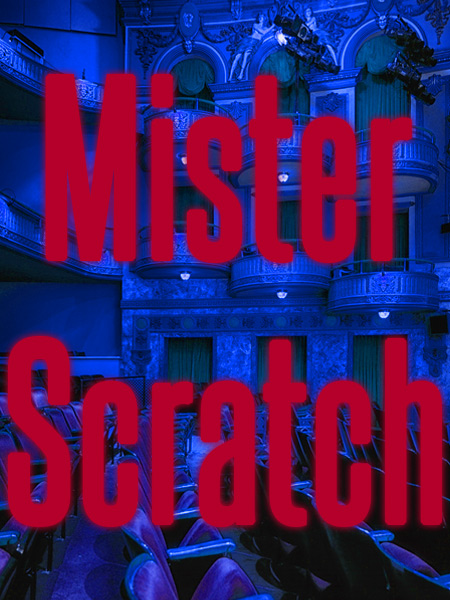 A malevolent entity makes a young woman do bad things by having worse things happen if she does not comply.

Thanks for reading and leaving comments everyone. I am glad you all enjoyed it. The Twilight Zone was definitely a big inspiration for this story. I wanted to write this entry as though I were writing an episode for the original series of that show.

I had originally toyed with the idea of having a small number of entries in this series, whereby Kaz Scratch would be 'presenting' a number of short experimental stories to the reader. At the moment, I have no planned stories related to this one.

A very interesting entry and a great start to Write Wise 2020.

The central story involving Marcia & Mr Scratch gave off a kind of twilight zone vibe (all be it a very dark and twisted one). I thought the world building was really well done with both Marcia & Mr Scratch being pretty well fleshed out - although enough was left to the reader's imagine to keep it rather creepy and unnerving.

I'm sure there is a lot of backstory you could and character building that you could do with Lori and the theatre if you were so inclined but as it is the setting is perfect for the creepy thriller that you were hoping to portray.

Well done on this entry. Very much enjoyed.

The Theatre world is somewhat out of focus, hinting at its own story – has society crumbled? why are they in an 'underground' complex? what is Lori's backstory? – without quite revealing the whole picture. I thought that added an entertaining sense of mystery to the story.

The inner story, featuring Mr Scratch, was also told in a novel way. It read like a description of a TV programme, describing camera movements, sets instead of locations and actors instead of people. It felt like I was watching a programme, and writing the Mr Scratch scenes in this way helped make what might have been a somewhat absurd plot more enjoyable.

It was fun getting to explore, by way of Mr Scratch's choices, utilitarianism (can we make moral judgements using arithmetic?), which served as a reasonable explanation for Marcia's extreme actions.

Overall, a well-written story with a compelling storyline and vivid scenes. Looking forward to whatever you release next.

Well done on an intriguing entry and bringing Write Wise into the 2020s. This experimental style worked very well in my opinion and the different writing techniques blended together nicely. I can't recall if a first person narrative has been employed before on this site but using it in the 'intro' and 'outro' chapters instantly drew the reader in to this world. Additionally, the description of the camera movements within the primary story made the scenes very easy to imagine and built up a great, surreal atmosphere.

Although most characters, with the exception of Marcia and the titular Mister Scratch, had little involvement in the overarching plot you did get a good sense of their personalities. This is especially true for the all burgundy wearing Kaz Scratch who I initially thought would be a major player in this story. The plot was fairly simple but it was written brilliantly and I liked how the moral dilemma of the 'trolley problem' was incorporated into this entry.

Above all, I appreciated the questions raised by this entry but also that the reader never gets an answer to them. The scenario leading to the Dream Theater's closure, the secretive nature of Lori and the same name begin used for the owner of the abandoned building and the malicious entity. The mystery around these events all adds to the strange sensation derived from this short story. I'm looking forward to your next Write Wise experiment.