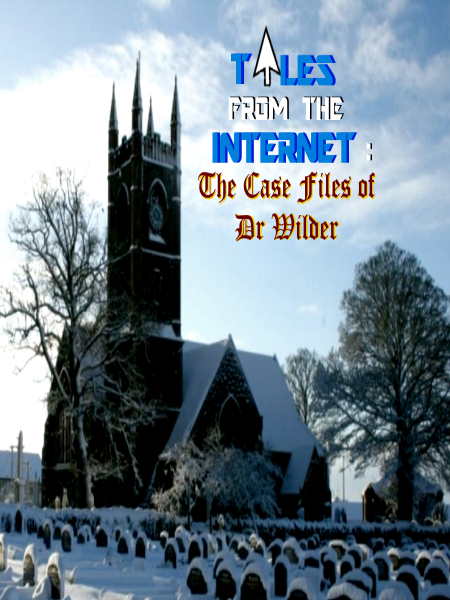 Tales From The Internet: The Case Files of Dr Wilder

A Doctor is sent to the small village of Magheralin to investigate a curious case that defies all medical knowledge. He keeps notes of his investigation in his little red book but as he delves deeper into his research, he fears that the villagers are keeping something from him. A dark secret that could come back to haunt them all...

Good work on this one. The use of the setting - both location and time period - were used very well. Telling the story via a found journal worked well, and it was engaging to see Wilder's doubts start to seep in as the story progresses. The characters were all well written and described. The villagers as a whole worked well as everyone was suspicious throughout. Even characters who seemed fully trustworthy and helpful to Wilder began to become suspicious as the plot developed and new elements of doubt were brought in. I was never sure if Abigail or the Rector would be good or bad by the end. The reveal of the story behind Ned worked well to completely change a lot of expectations around where everyone stood in terms of good or bad.

References to ongoing wars and histories all felt authentic and strengthened the time setting. While they mostly worked in the story's favour, I do feel that sometimes there was a slight overload in history. Similarly, while the use of old dialect and narration were important to establishing the feel of the story - sometimes they felt a little forced too. For the most part, these tools were used well, but I sometimes did feel that they were a bit much. Again, the use of familiar locations, cameos and references were nice elements too, but I also feel that we might have had an overdose of them too.

The plot was very strong in this one. I really liked the mystery and there was good tension built throughout. The increasing realisation that Wilder was on his own with no one he can really trust was used very well. Indeed, it was never clear where the story was going to go. New mysteries were introduced well as the story went on - and they usually subverted my expectation of where the story might lead.

The use of imagery (especially around the grinning/laughing victims of the curse) was very strong. Wilder's growing doubts and waning beliefs were used very well too. I was never sure if we would have a rational explanation to conclude the story or not.

The Phantoms were a neat framing device too, and the main Phantom (Mister Yellow) provided a change of voice which worked well. It reminded me of the similar device used in Dark Legacy.

Overall, I really enjoyed this one. The story, characters and themes were all very strong. While the history, cameos and language were a big strength in the story, I do feel that sometimes they were slightly overdone and distracting.

A nicely-written horror story to round off our quasi-challenge!

I really liked the use of the journal entries for telling the story – this allowed a more reflective style of narration than we tend to get from other entries. It’s also a natural way to get into a character’s head, and experience their inner most thoughts.

Your characters were all well developed. Wilder served as a good juxtaposition, with his rationality and lack of belief in the super natural, to the strange events happening around him, and to the somewhat superstitious leanings of the village locals. I also really enjoyed McKinley, the rector, who served – for a time, anyway – as an almost sidekick for Wilder. Malone, and his companion rock, also stood out as memorable additions.

The setting was nicely fleshed out, and the use of local locations (and history) brought a pleasant familiarity to the tale – the 19th century setting helping to ensure that it didn’t feel too familiar, though. It was quite fun identifying the little cameos, references to places we all know and frequent.

A highlight for me was the exorcism scene towards the end. The imagery in this scene was very vivid, and it served as a nice climax to the story.

Overall, a good, engaging horror story that I enjoyed reading.