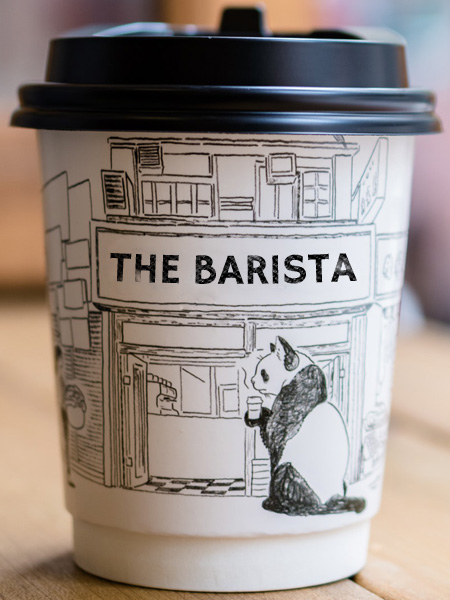 Todd, a barista working for a national coffee chain, struggles to find meaning in his uneventful and unfulfilling life.

Thanks for reading and commenting, Mark!

Nice entry. I quite enjoyed this one.

I found Todd to be a pretty relatable character with the issues of his love and work life being something most of us can relate to in some shape or form.

The relationship between Todd and the supporting cast worked well and seemed to flow quite naturally. None of the conversations felt forced or just there to drive the plot on.

Overall a good entry and one of the easier reads as of late. A nice self contained slice of life story. Well done.

'The Barista' was a great start to this year's Write Wise challenge. The main character of Todd was a well written workaday character that readers could relate to with his very human problems whether it was his struggles in the dating world, troubles in a repetitive workplace or his wearisome attitude to life in general.

The relationship between the characters were well done with Todd and his stiff upper lipped father being one particular highlight and Todd's relation with Tracey being another good aspect to the entry. I liked how Tracey wanted to motivate Todd into applying himself more in the workplace and seemed to be a more empathetic authority figure than we are used to in Write Wise entries. The greatest relationship would have to be between Todd and Dr Timothy Coleman which most plot points seemed to stem from. I especially liked the cosy final chapter between these two characters which appeared to end on a high note even though not all of Todd's problems were resolved.

It was a well written piece and even the more mundane details such as the buses not running due to environmental protests helped build a believable world that Todd inhabits. I also believe that this is the first story on the site to mention Brexit, even if it was was just a throwaway line. Well done on this entry and I look forward to seeing what stories you bring to the site in the next decade.

Nice story! I liked it a lot.

Todd was a likeable and enjoyable protagonist to read. His life was interesting (for the reader, if not for himself) and his relationships with Coleman, Tracey and his dad were all well written and enjoyable to read.

The theme of doing things to keep yourself from being down was a nice theme, and was handled well throughout the story. I wasn't sure where the story was going to go, I thought the girl with the colour in her fringe might have been a bigger plot element, but I liked the direction that went and where it took the story.

Descriptions were good, as always and there was a nice atmosphere to the story as a whole.

I liked the scene with Kyle and how later when he's at Kyle's house, he sees the situation that Kyle is in. I thought that was a well written segment and tied in well with Todd's own problems.

I really liked it - so very good job!