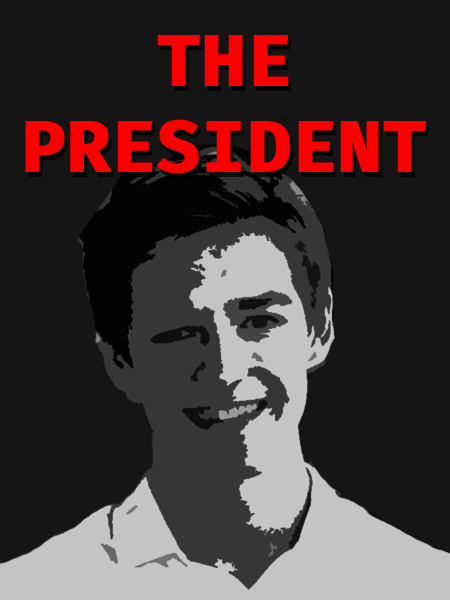 David Golding and his peers find themselves gripped when a surprise candidate joins the presidential race, a spectacle usually marred with predictable speeches from identical competitors. But will this seemingly earnest candidate deliver on his promises?

Thanks for the comments, lads. I put a lot of effort into this one, so it's good to see it seems to have paid off. It was a lot of fun writing this one, but it was a total nightmare to edit. 😁

Thanks for taking the time to read, all.

First of all, my apologies for the late comment. I've taken my sweet time getting through this one.

First off, well done -a very good story overall. It wasn't initially what I thought it was going to be about but I was pleasantly surprised. The school setting was very true to life (I definitely seen a few inspirations from our own time in school ha ha), the teachers, the students seemed to fit into the world very naturally.

The characters were great, growing organically as the story progressed with each arc. The interactions between all the characters seem very natural and easy to read. It was interesting to see how they each reacted to the changes going on around the school - some revolting, others trying to justify it and the teachers just trying to get by.

I thought the inclusion of Griffith's quotes at the start of each part were a great addition. It really helped us see where David's motivations came from and why he acted the way he did.

The story could be really brutal and dark at times but you did manage to fit in quite a few humorous moments throughout its duration which I thought was very much needed.

I got a very Orwellian feeling from this one - seeing inspiration from the likes of Animal farm and 1984. However you made the story your own and really did a great job with it.

Fantastic work Aaron. You should be very proud of this one.

*This review of course contains major spoilers. Do not read this comment before finishing the story.*

Okay, this was absolutely incredible. I thoroughly enjoyed it.

From the title, description and genre, I was expecting something more like an American presidential campaign and a political thriller along the lines of Netflix's House of Cards. I was very pleased when the story's actual setting became clear.

Interestingly, part one could very much work as a standalone piece. The larger scale of the full story isn't clear at this point of course, but part one alone works as its own full story arc. I found the final moments of part one in which Ethan declared that teachers no longer had priority in queuing for lunch to be very funny. I loved the image of a pupil enforcing a change in policy that he had absolutely no right to, and that Gloucester was powerless to argue given the noise of the audience.

The theme of pupils rising up and taking power against the teachers was an interesting theme, and took an unexpectedly extreme turn later on in the story. My first thoughts of where the story was going to go looked to me like an interesting premise: a non-conformist getting a role representing a student body and overthrowing "injustices" that pupils faced.

There was definitely some foreshadowing that more was going to occur than was originally obvious. The mention of Walter Griffiths and his quotes at the beginning of parts were a nice touch. I liked his involvement throughout the story and thought that was a great part of the story's world. The introduction of Joshua was interesting, and I was unsure of what his role in the whole thing was going to be.

The initial pre-revolution setting of the school was all very believable and very entertaining to read. The teachers all felt real and I enjoyed their scheming in the staff room to try and decide how they would thwart Ethan's plans to take the presidency. The initial support for Ethan all felt very authentic, and I liked how the Bloods used threats to get everyone to the Saturday vote.

Overall, I enjoyed Part One a lot.

Part two provided a nice level of suspense. Signs of upcoming threat were well done. The scale of the threat that the story would build up to was built up to very nicely. The uneasy sell of taxation mixed in with some "good news" reminded me of Nineteen Eighty-Four, and a lot of the story as a whole reminded me of Animal Farm. Comparisons to Orwell's real world paralleling stories is unavoidable in this type of a story, but in this case: this is a compliment, not a criticism. I thought this story handled this all very well.

The conclusion of Mr Bates' story-arc, first with him seeming to restore some authority and then quickly feeling the reprisal was excellent. The scene where he is confronted by the balaclava-clad gang was excellently choreographed and reminds me of something from Kubrick; A Clockwork Orange, perhaps. The absurdity, and yet complete plausibility of the scene was very powerful. I loved this scene. It was very powerful and I liked the brutality of it. This scene marked a real shift in the story's narrative. The full scale of the Bloods' power and willingness to do whatever they wanted was suddenly very clear.

Suddenly, the genre and story's scale had changed. This was a risky move that could have backfired if not pulled off correctly. If the ambition of the story hadn't been securely founded in a willingness and ability to see it through, the second half could definitely have come across as absurd, unbelievable or just plain over-the-top. Instead, this shift in scale took this story from being a great story, to something of an epic. It seems a bit extreme to use that word, but I think the scale and power of the story warrant its use. This is definitely the biggest and best story you have ever written.

There are definite reminders of some of your past works. The similarities to Truth being the most obvious. I really liked David as a character, and thought his determinations, motivations and inspirations to be a journalist to make for a very interesting protagonist. The entire cast of characters were very well defined. Gloucester, Bates, Joshua and (we admittedly don't see much of them) Dr Croft were all very strong characters. The student body in general make for an interesting character. Their ability to conform to their new leadership could be seen as unrealistic, but the parallels between real-world revolutions and tyrannies makes it more accurate to describe this as a sad plausibility that can and does happen.

Creating such a large scale revolution story in a school was an interesting choice, and one that definitely paid off and gave this story its unique and fresh take on this style of a story. I particularly liked how the teachers completely lost control of the entire situation and had to let the Bloods rule in the later scenes.

The story was constantly changing, and the development of the overall plot was excellently crafted. David's struggle to do the right thing and follow in Griffith's example was a great driving force to the story. The build-up to the story's final conclusion was well done, and I found the ending to be truthful and to be fitting to the story as a whole.

Overall, I really, really enjoyed this story. Congratulations on writing such a superb story - it really was excellent.

A great entry that goes much further than what the reader would have expected from the simple beginnings of a school presidential election. The use of the school as a microcosm of society at large was a nice idea and you wrote the aspects of journalistic integrity in the face of oppression, the aggressive tactics of revolutionary zealots and authoritarian demagoguery very well. The characters were brilliantly thought out and written with the protagonist David, the charismatic Ethan and the brutish Joshua standing out in particular. It was interesting to see how all of the characters, including the teachers, changed in temperament as the situation slowly began to deteriorate into violent madness after the fall of the old establishment. Looking forward to reading whatever stories you have planned for us in the future.