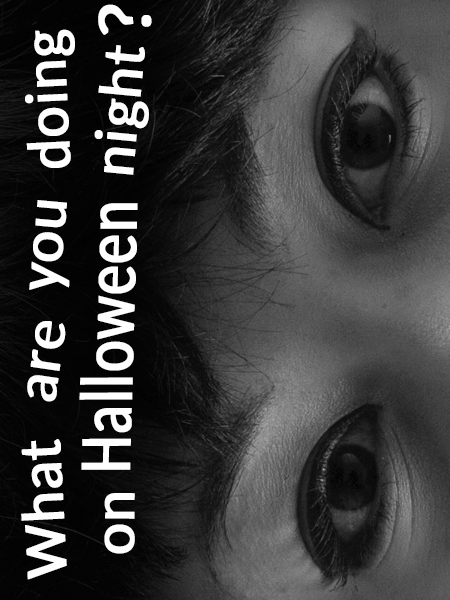 What are you doing on Halloween night?

A woman explains why Halloween night was always special to her sister.

Thanks for reading and commenting everyone! I am glad you all enjoyed it.

A great little short story for Halloween. I am with the other guys in the sense that I wasn't totally sure where the plot was going to end up but certainly didn't anticipate it would turn out quite so dark.

You managed to build up a good setting and character base in a very short time, building a believable backstory and some relatable characters. Well done.

Well done on a very original entry. You managed to create a really interesting work that was as endearing as it was horrifying. The relationship between the unnamed protagonist, which I assume is a woman but I don't believe was ever explicitly stated, and her unfortunate sister Caroline was quite something. It was easy to sympathise with both of these two main characters and understand why one wanted to cling on to their traditions while the other wanted to follow a more age appropriate way of celebrating as they got older.

Caroline was an intriguing character, despite having no dialogue, and her obsession with a rather niche movie was a nice trait that helped her deal with her issues. The tonally significant movie and her love of dressing up for Halloween was an interesting way of allowing Caroline to feel included and it was easy to see why she would love the holiday. The relationship between the main character and her sister is excellently done even if they only really connected on Halloween night by the narrator's own admission. This is an impressive feat considering, as said before, there was no dialogue between the two.

I wasn't sure where this plot was headed but I found it to be an enjoyable read and I appreciated the dark turns it made. The conclusion really added a lot of emotional weight to the story and the first person narrative speaking directly to the reader was a nice touch. I am eager to see what else you have in store for us in the future.

A well-written story that made very effective use of an engaging voice to hook the reader. For most of the story, I had no idea what way it was going to pan out, and I certainly didn’t expect it to become as dark as it did. I really enjoyed it, and thought you managed to create interesting, memorable characters despite our very limited glimpse into their lives.

The whole story had a feeling of ‘coming into focus’ – we were fed little details, and slowly a bigger picture came into view. For instance, the unusual obsession with Halloween became understandable once we learnt about Caroline’s deformity, and by the end the story itself had become a sort of record of regret on the part of Caroline’s sister relating to her (in her own view, at least) partial culpability for her sister’s murder.